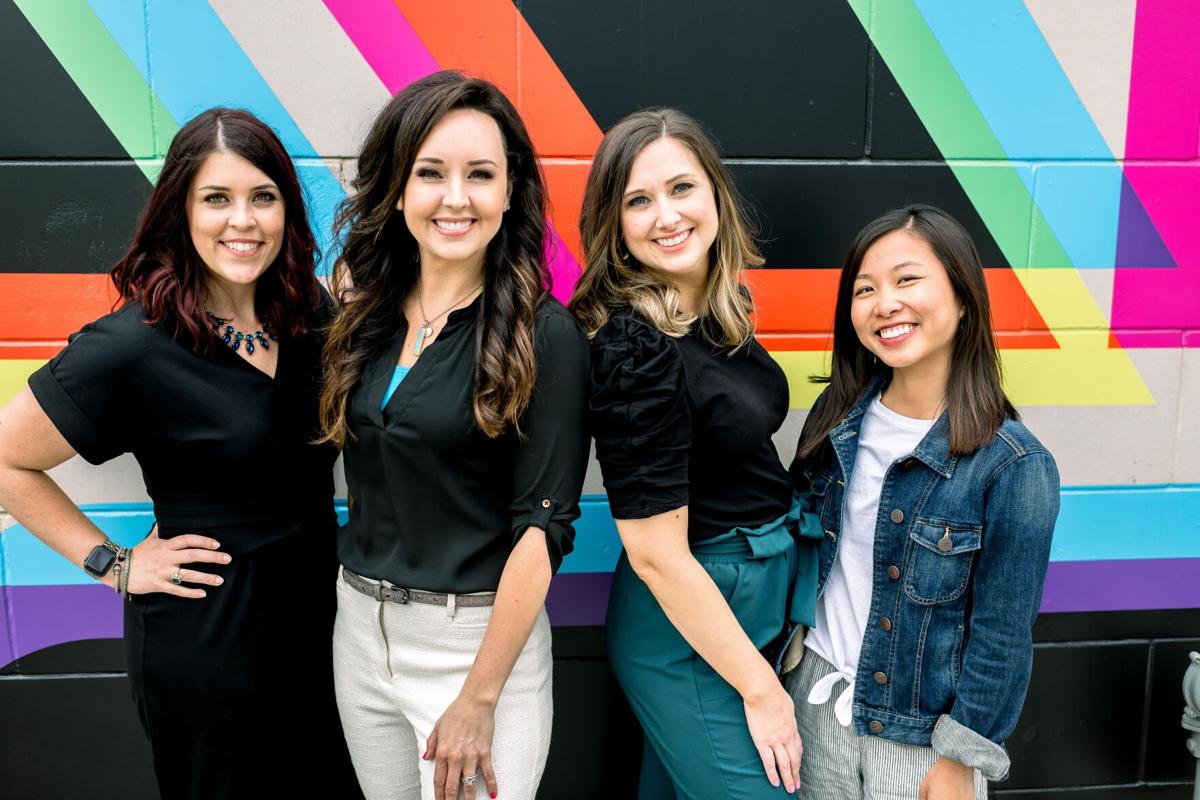 HAVEN creative, based in Waxhaw, is made up of Jessica Blackshaw, Jeni Bukolt, Megan Weatherford and Lilly Liang. Photo courtesy of HAVEN creative 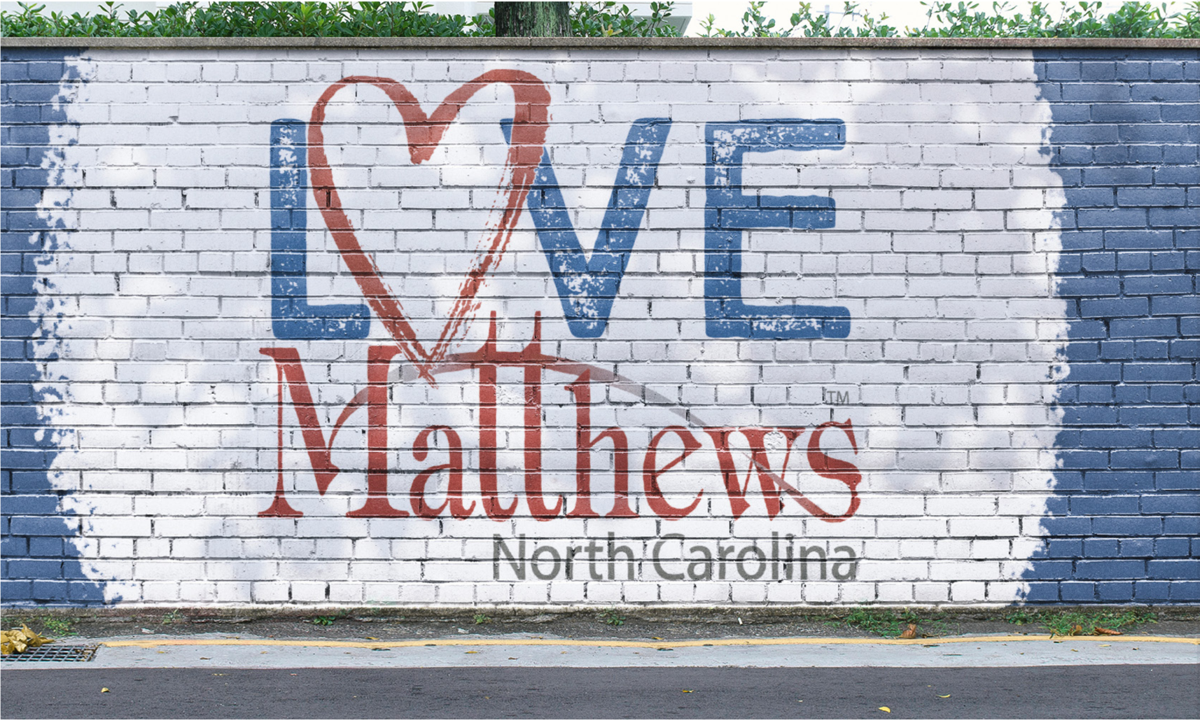 HAVEN creative was commissioned to design a “Love Matthews” logo, which spun off into a four-week marketing campaign that included T-shirts, signs and promotional videos. Photo courtesy of HAVEN creative 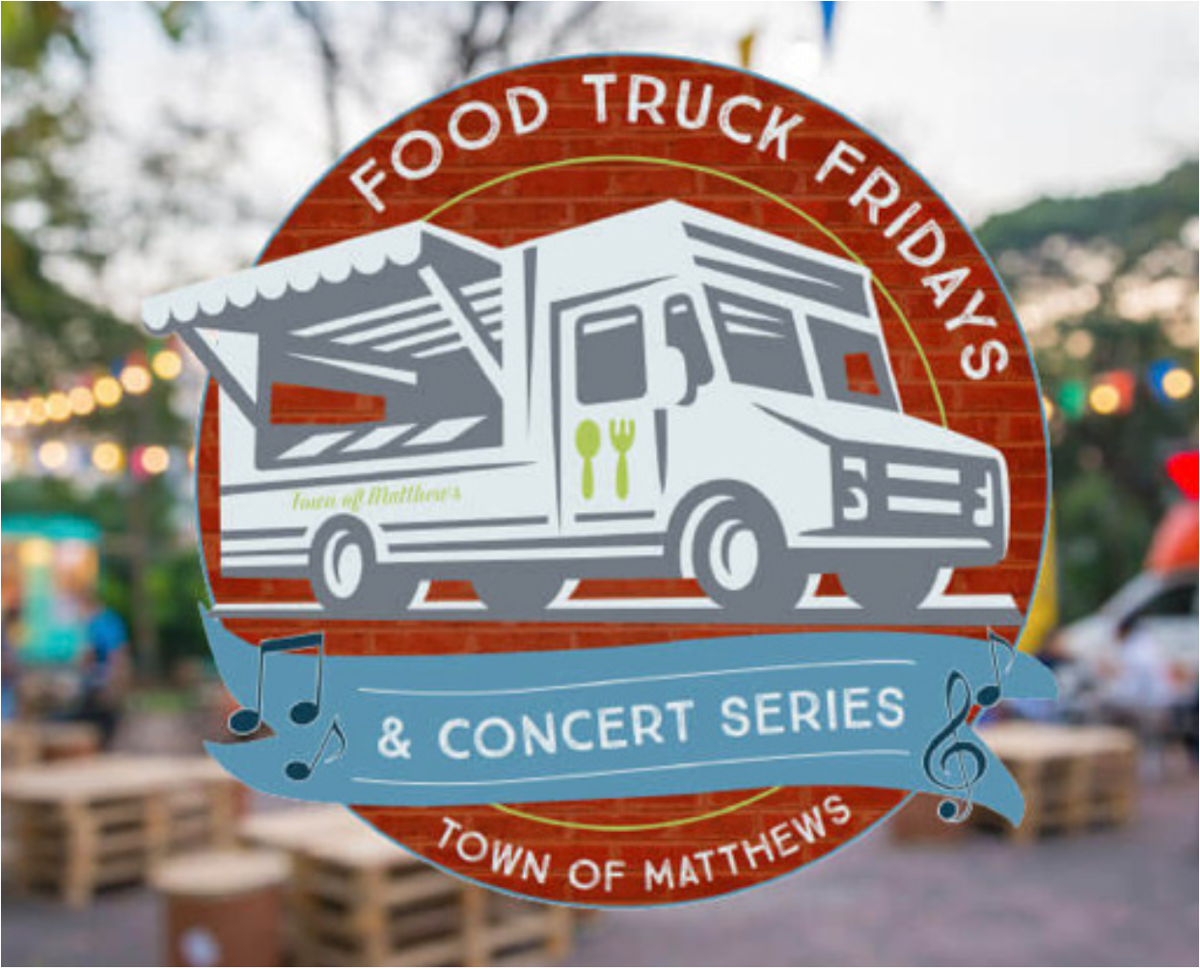 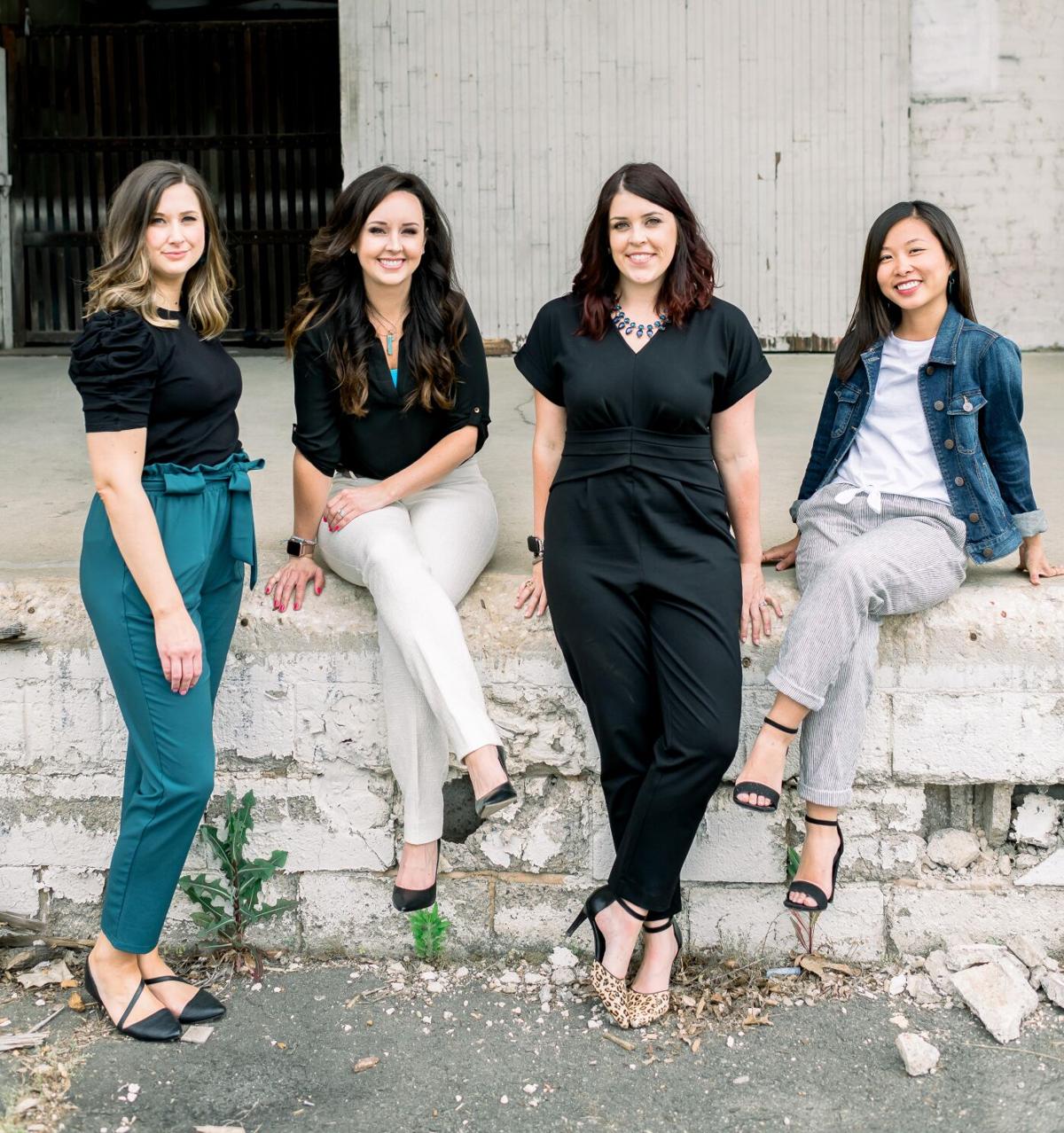 HAVEN creative, based in Waxhaw, is made up of Megan Weatherford, Jeni Bukolt, Jessica Blackshaw and Lilly Liang. Photo courtesy of HAVEN creative 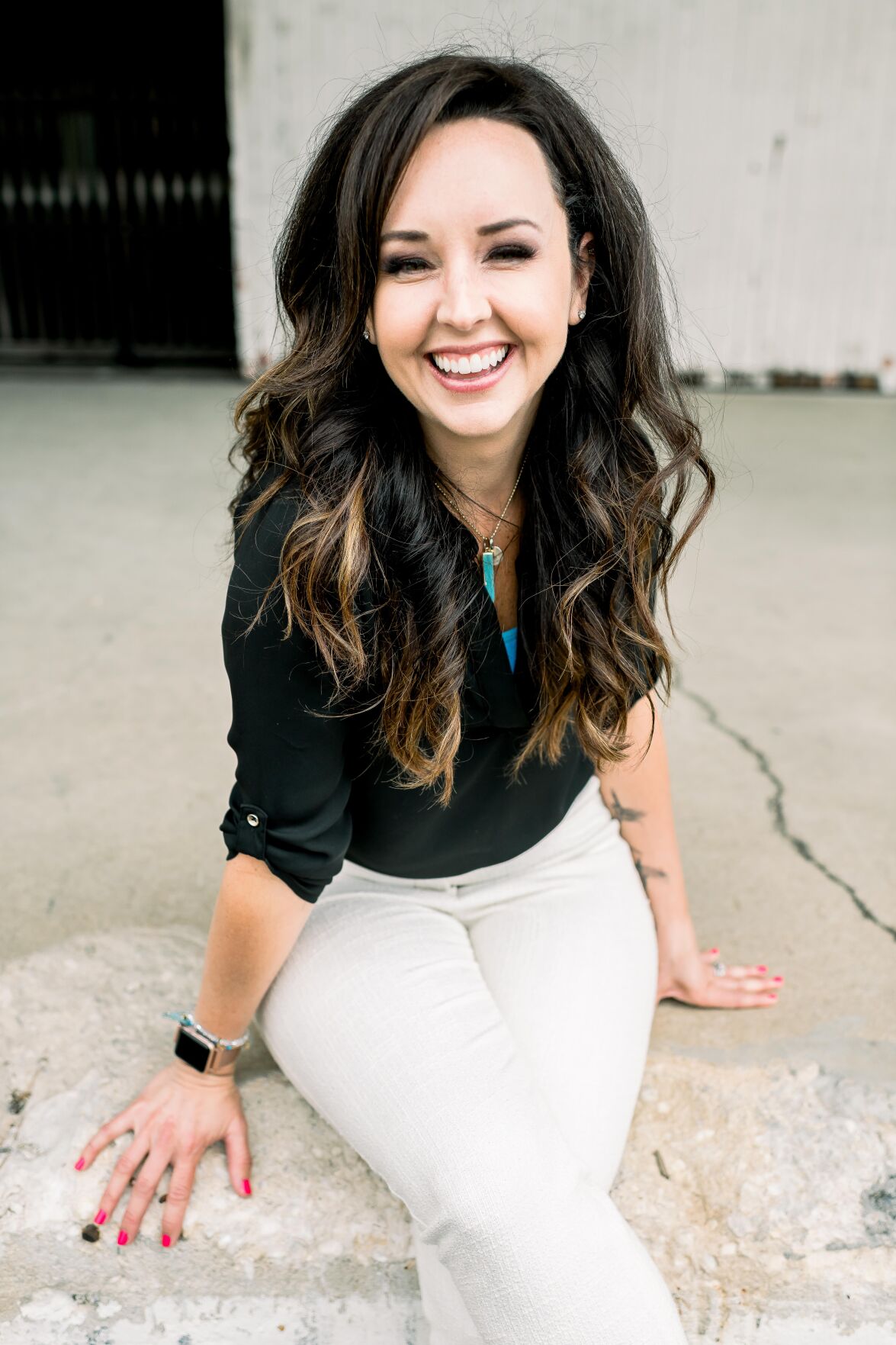 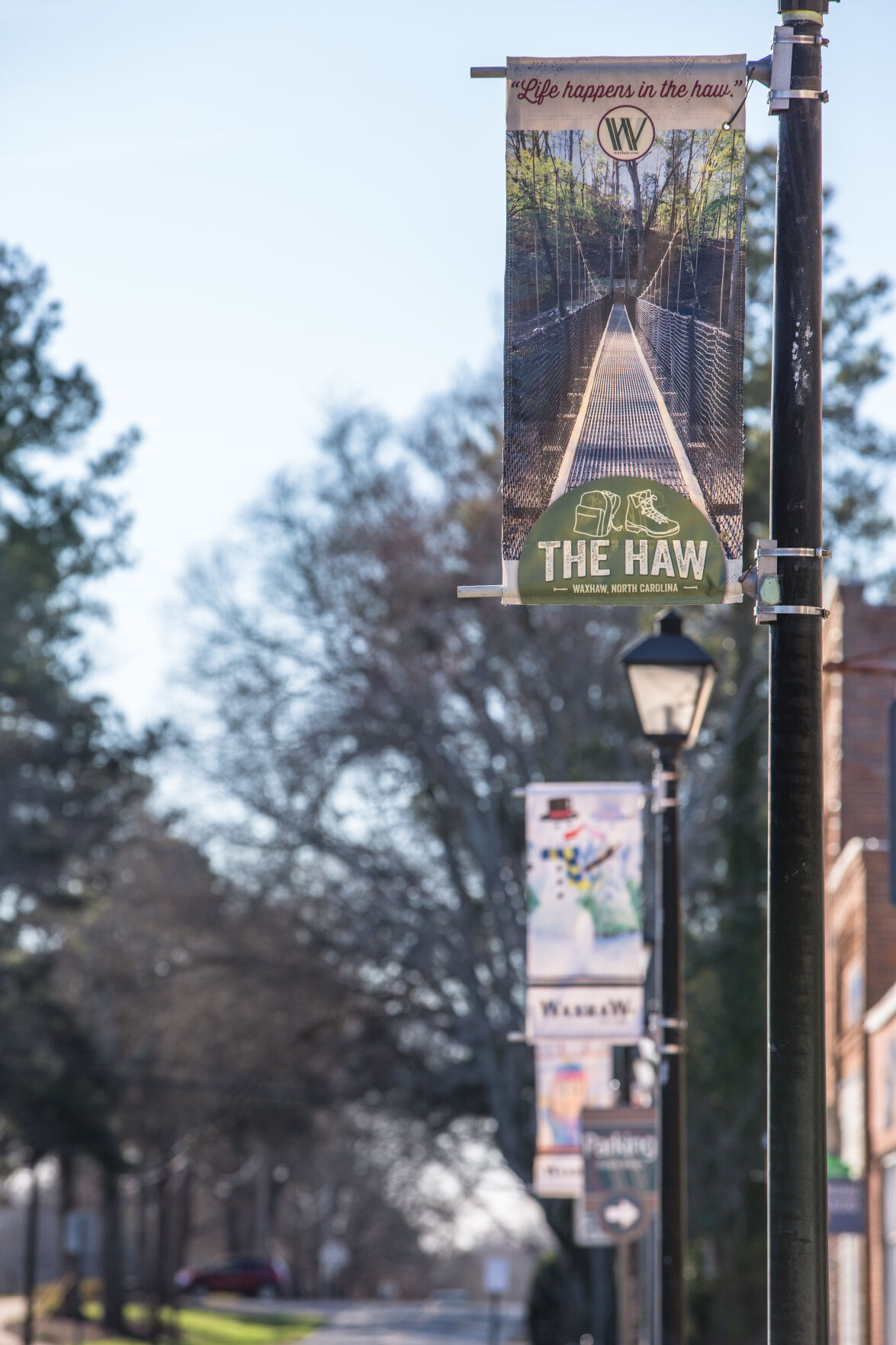 'The HAW' was used in signage throughout Waxhaw for only a few months before sparking a polarizing community debate that ultimately resulted in the tagline being removed. CMG file photo

HAVEN creative, based in Waxhaw, is made up of Jessica Blackshaw, Jeni Bukolt, Megan Weatherford and Lilly Liang. Photo courtesy of HAVEN creative

HAVEN creative was commissioned to design a “Love Matthews” logo, which spun off into a four-week marketing campaign that included T-shirts, signs and promotional videos. Photo courtesy of HAVEN creative

HAVEN creative, based in Waxhaw, is made up of Megan Weatherford, Jeni Bukolt, Jessica Blackshaw and Lilly Liang. Photo courtesy of HAVEN creative

WAXHAW – Remember back in early 2017 when residents slammed a Waxhaw-based marketing firm for nicknaming the town “The HAW?” Well, that company is now an award-winning community branding agency with clients as far as Illinois and Connecticut. Talk about a comeback.

“Failure is my favorite 'F' word,” said Jeni Bukolt, founder and CEO of HAVEN creative. “I used to be terrified of making mistakes, but I have learned after eight years of owning my own business that failing has led to the most valuable learning lessons.”

HAVEN’s portfolio has grown exponentially since Waxhaw to include Union County, Gaston County, Weddington, Matthews, Newtown, Connecticut and Aledo, Illinois. The firm also developed the packaging for Sospeso Coffee Roasters and made a recruitment video for the Waxhaw Volunteer Fire Department, among other work.

Despite HAVEN’s success, Bukolt admits she’s still a little haunted by “The HAW.” She credits the controversy with prompting HAVEN to refine its branding process, especially when it comes to gathering input from the community. The firm gets more in-depth now with stakeholder feedback, conducts more extensive research and hosts more workshops to get residents and town leaders on the same page.

Bukolt said her team of “Haven Mavens” – Megan Weatherford, Jessica Blackshaw and Lilly Liang – has successfully guided groups in several towns toward a consensus, something that was clearly lacking in Waxhaw with “The HAW.”

“I never in a million years thought it would be that polarizing,” Bukolt recalled, adding that she received physical and verbal threats from residents after the tagline launched. “It got to the point where my son was going on the school bus and I told him, ‘Don’t talk about The HAW.’”

HAVEN was hired by Waxhaw in 2016 to help create marketing materials for the town. The work included a tagline, new website, signage, T-shirts and stickers. After some research, Bukolt’s team discovered “the haw" had been used as a nickname for Waxhaw – Provisions Waxhaw had “The Wall of Haw" where residents could draw pictures and write messages, The DreamChaser’s Brewery had a beer called “The Haw” and even the fire department used the slang, too.

“Everyone thought I had came up with this term and I didn’t,” said Bukolt, who lives in Waxhaw with her husband and their two boys.

The team turned the saying into the acronym HAW to stand for Heritage, Activities and Wellbeing – three pillars the community told HAVEN made Waxhaw special and they wanted to promote. From there, T-shirts, stickers, banners and more were created, but what was meant to be a playful marketing campaign quickly spawned into a polarizing community debate between those who felt like they weren’t involved enough in the process.

Some residents thought the town was trying to rename itself or that “The HAW” was disrespectful to the Native Americans for which the town is named. Others worried they would be perceived as Southern caricatures as portrayed on the classic TV variety show, “Hee Haw.”

As a result of the backlash, Waxhaw leaders decided not to use the tagline, but the rest of the branding created by HAVEN is still in place today. This includes a new color scheme, redesigned town seal, a monthly digital newsletter, website redesign and new logos for both the town and all major events. The firm also oversees all of town’s marketing and communications.

HAVEN has worked successfully with several towns since Waxhaw, proving “The HAW” more like a bump in the road than a nail in the coffin.

HAVEN also began producing a monthly digital newsletter for Matthews residents and stakeholders and was commissioned to design a “Love Matthews” logo, which spun off into a four-week marketing campaign that included T-shirts, signs and promotional videos.

In September 2019, HAVEN helped Weddington unlock its unique position within Union County to become “Rural Living Redesigned” – a community for those looking to escape the city but still enjoy the finer things. A new digital newsletter accompanied the redesign and in the end, Bukolt said, the town saw increased brand awareness.

Bukolt said she enjoys community branding because it’s rewarding to bring economic opportunity to small towns and her work helps protect and preserve what makes them unique.

“It’s not just a logo and a tagline,” she said. “It’s what do we stand for? What makes us unique? What do we not want in our community? And then positively shaping that story.”

HAVEN’s goal is to impact one million lives through its branding, marketing and communication services. The firm has reached over 550,00 lives impacted to date, measured by the number of people in each community it works with.

“#savingcities that’s my goal,” she said. “I’m on a mission to save cities across the country.”

“I never in a million years thought it would be that polarizing.” - Jeni Bukolt, HAVEN creative