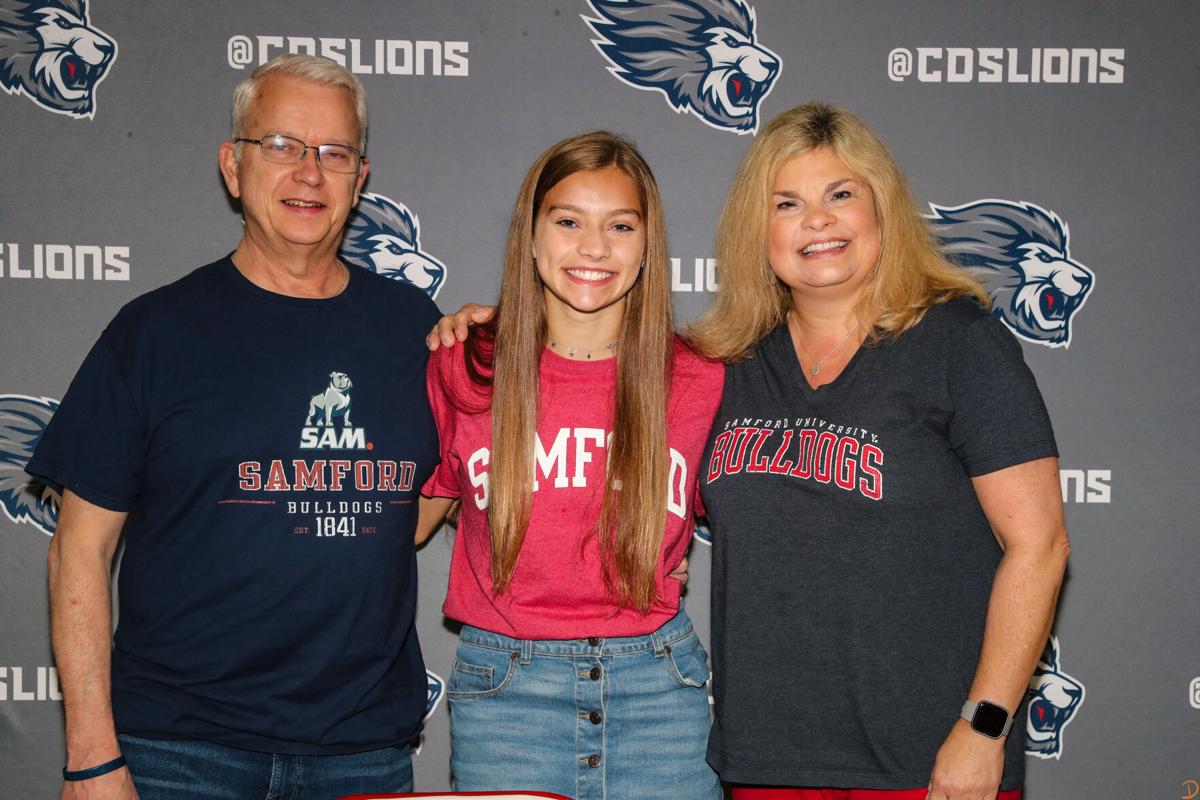 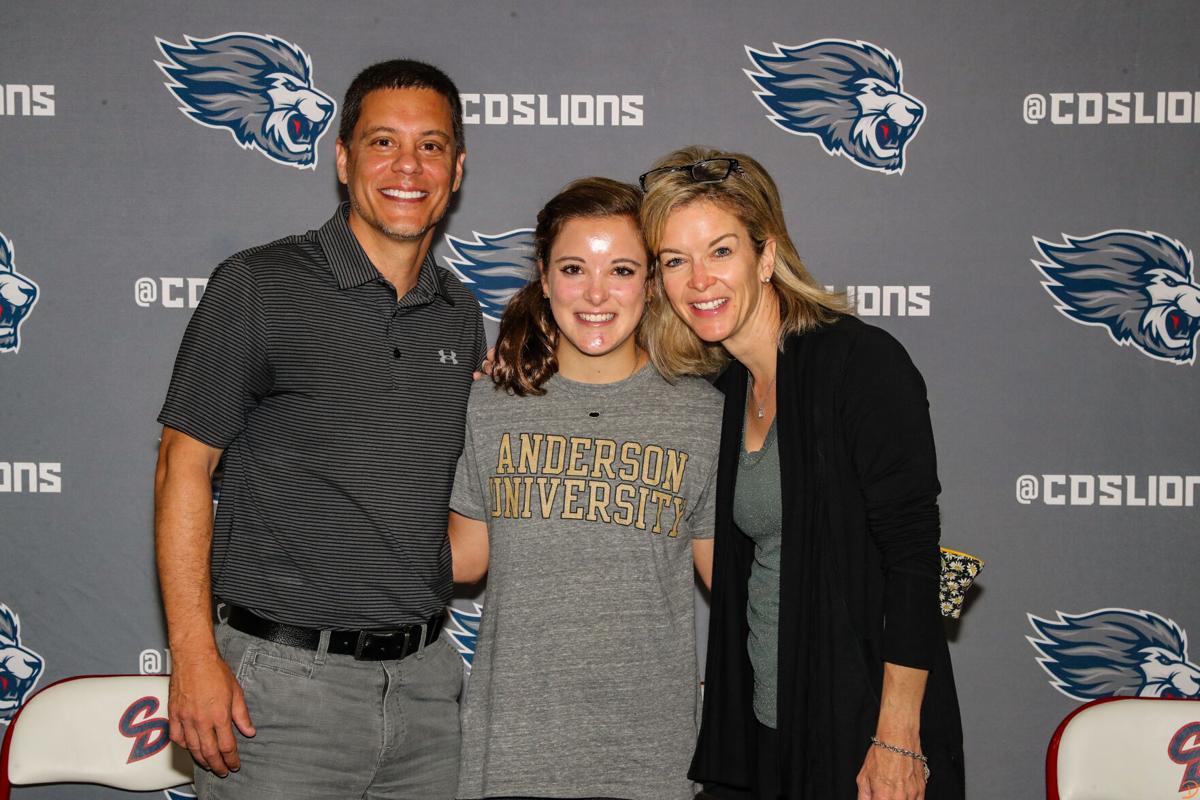 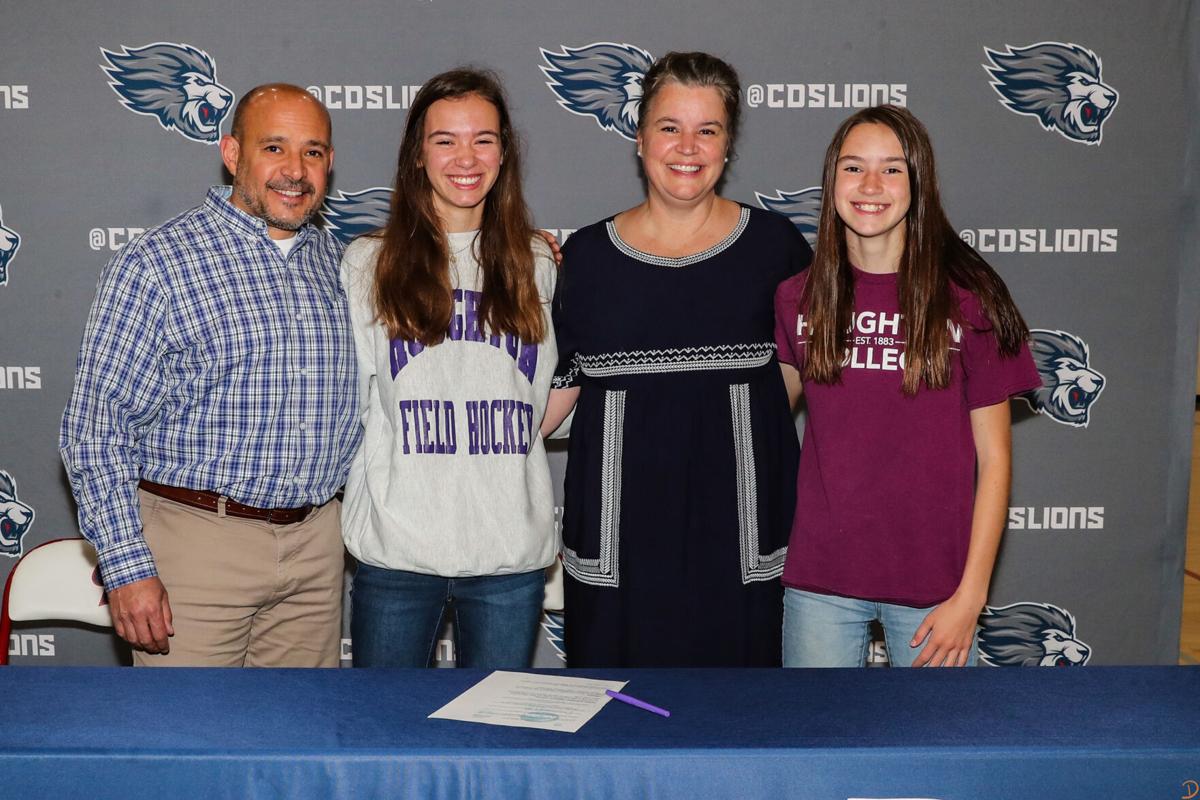 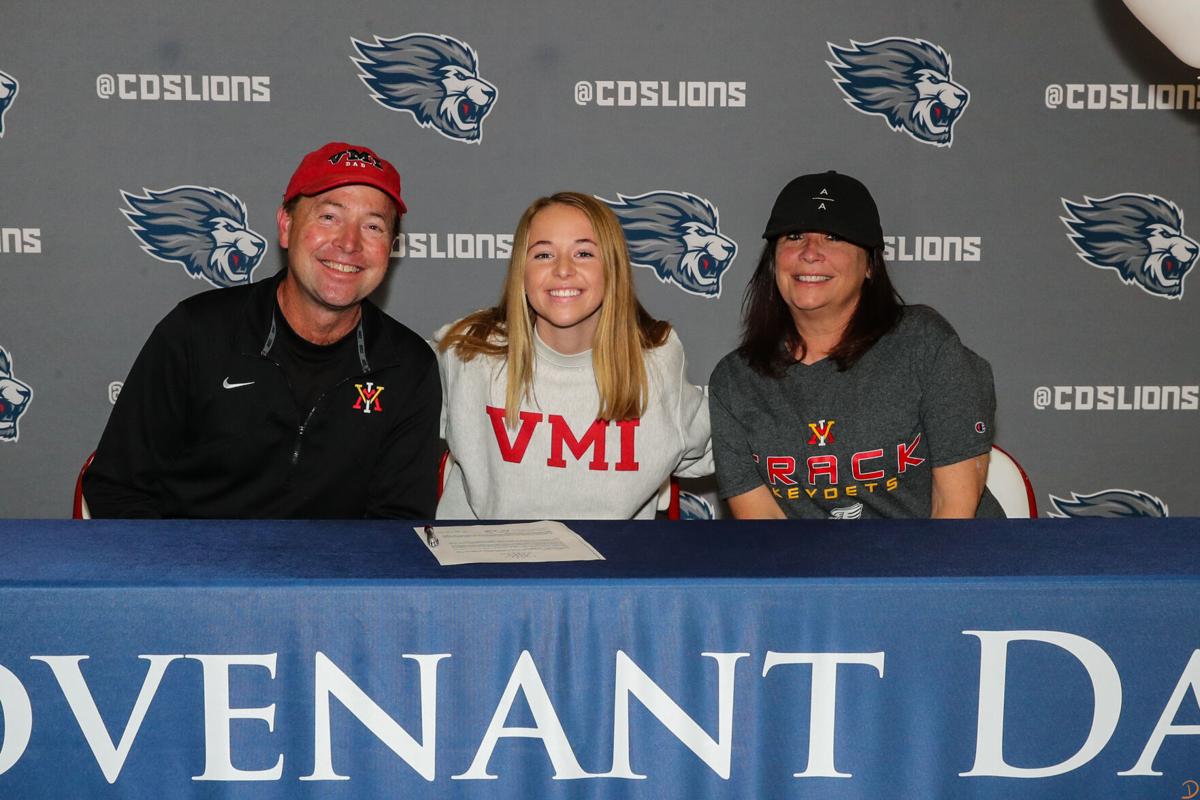 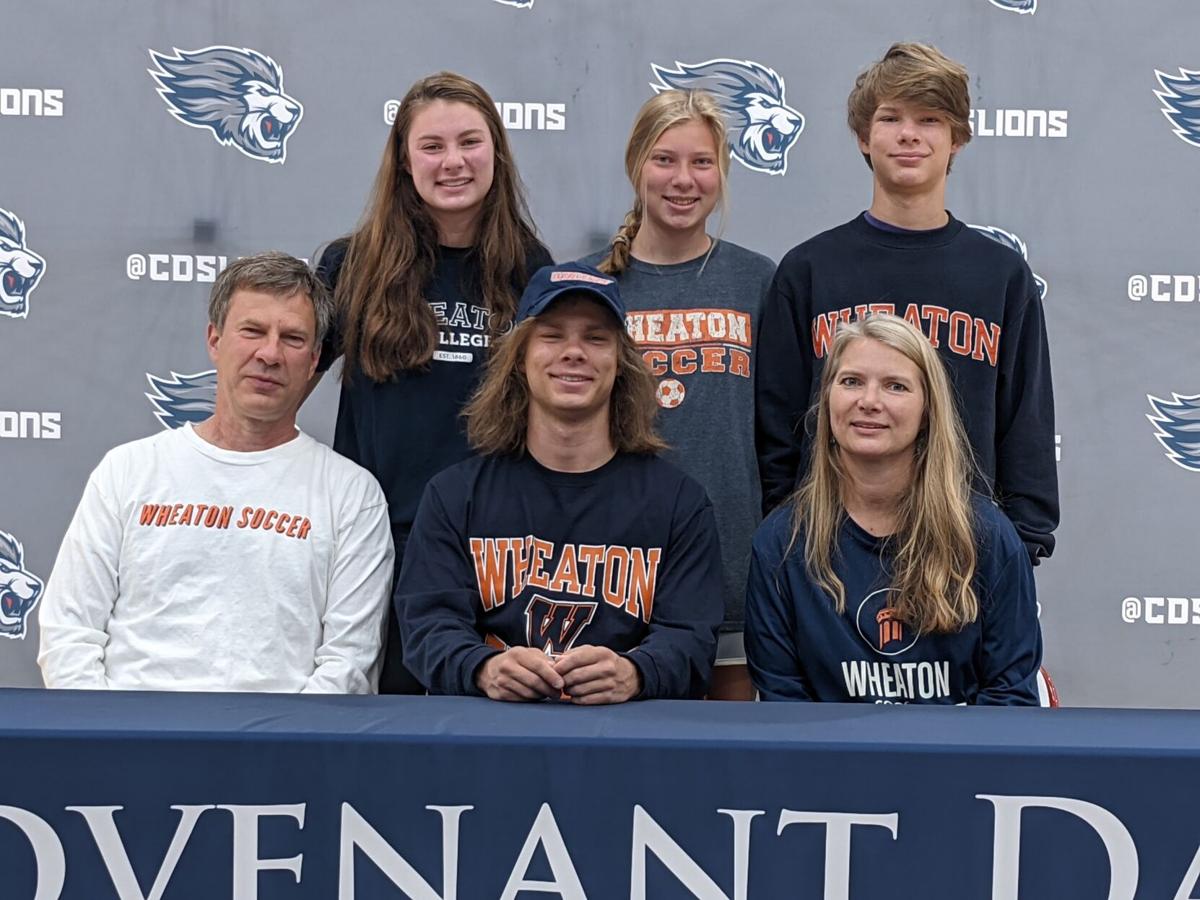 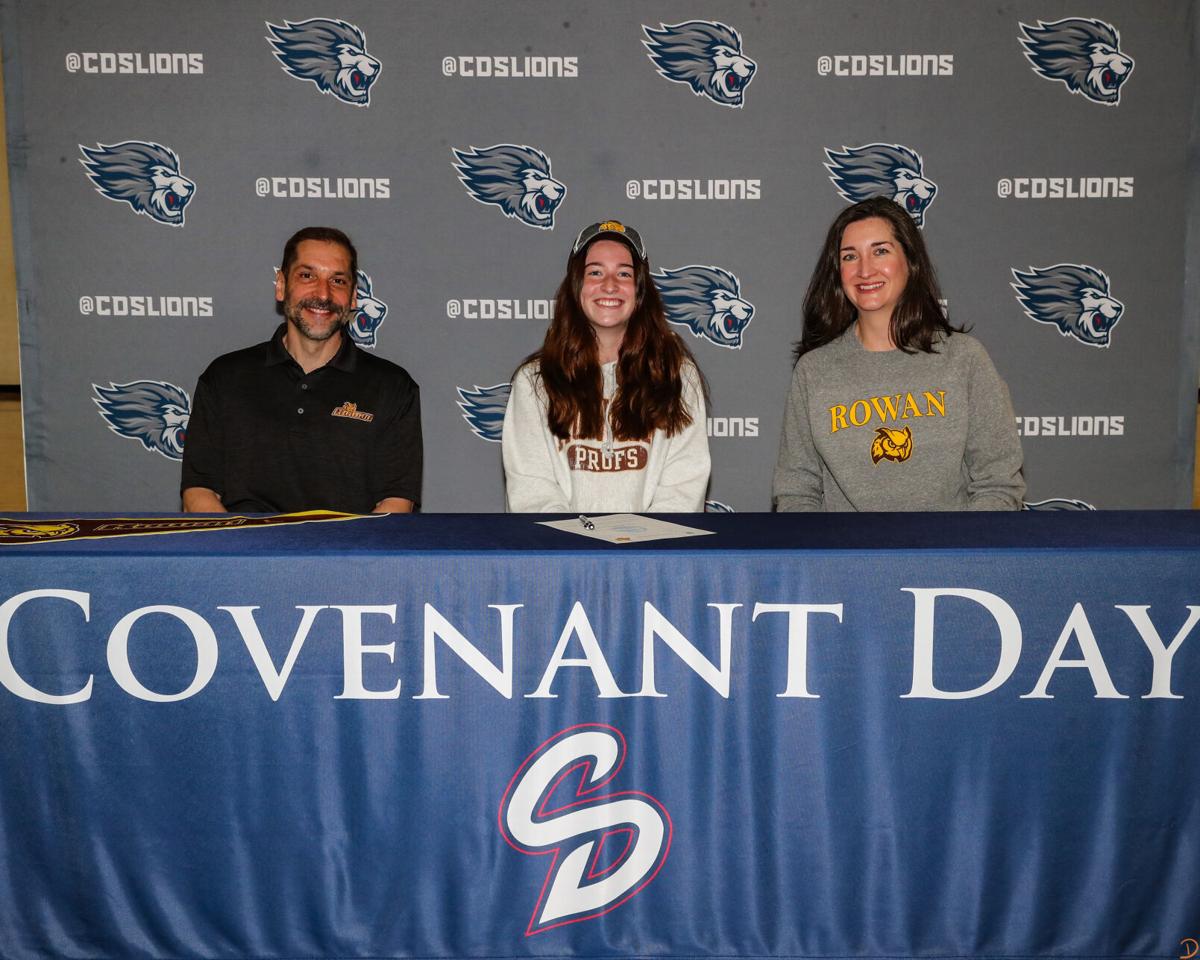 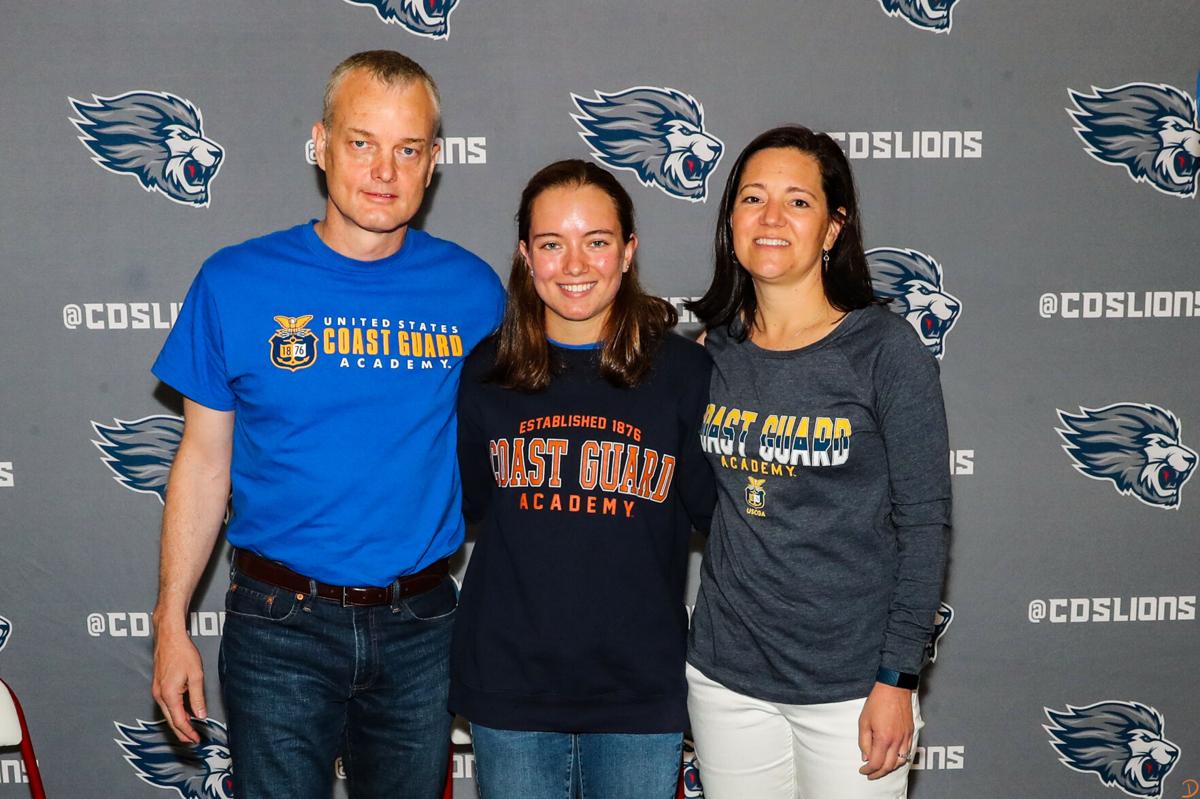 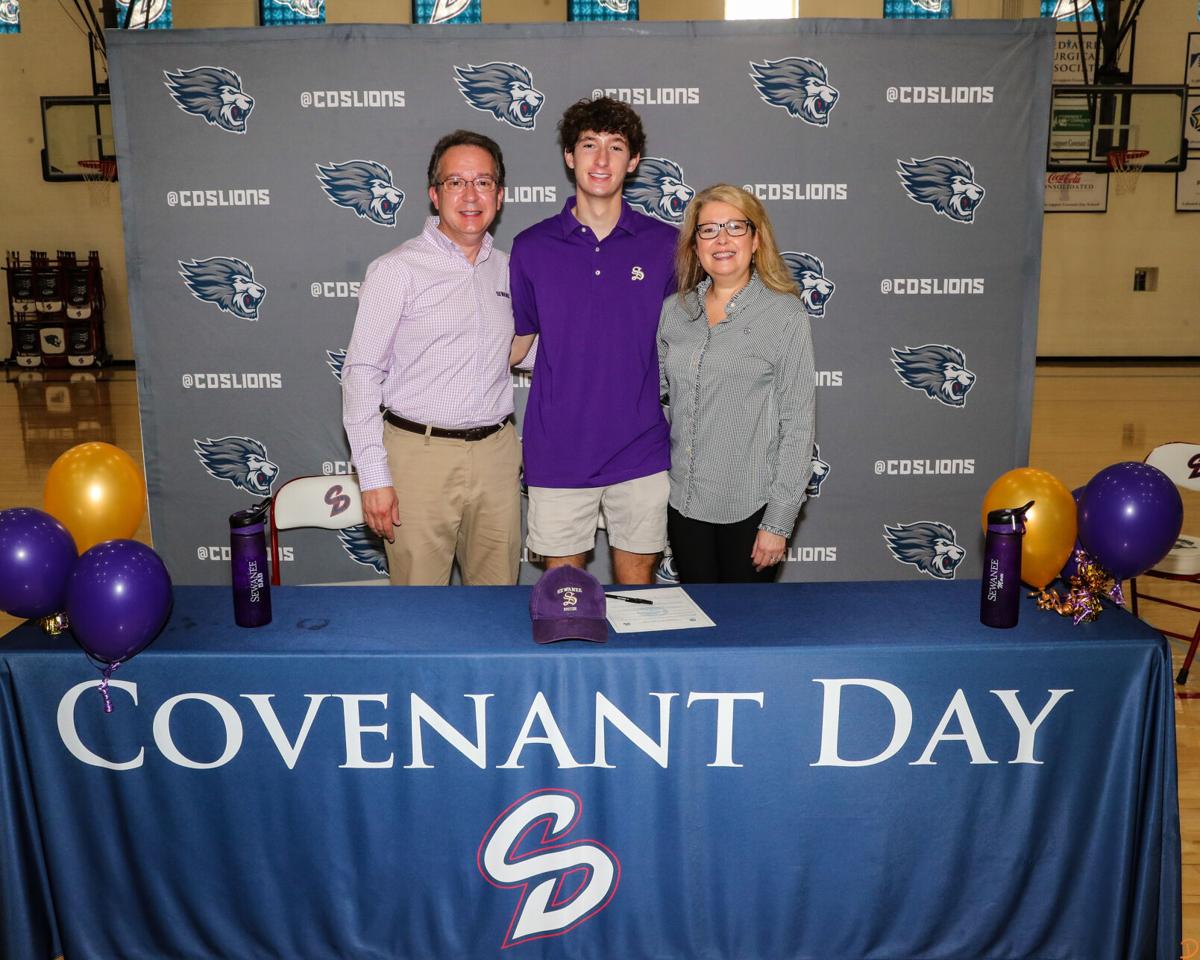 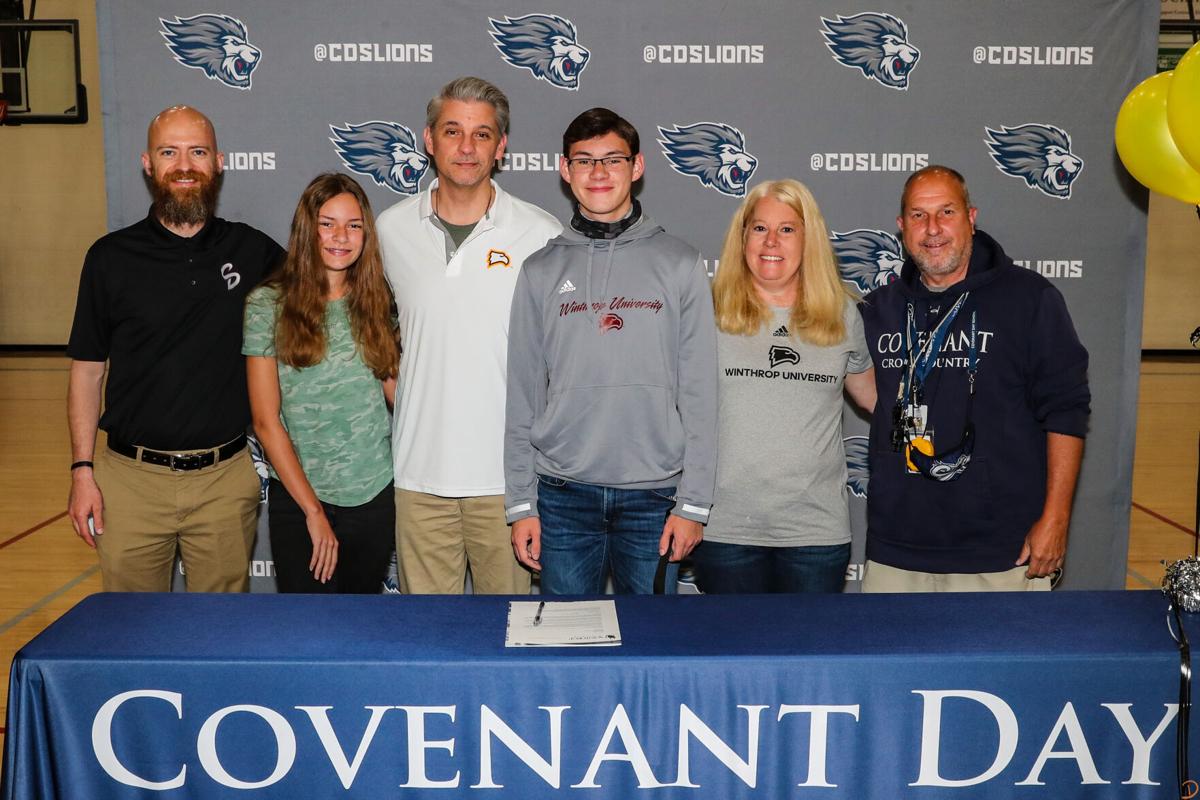 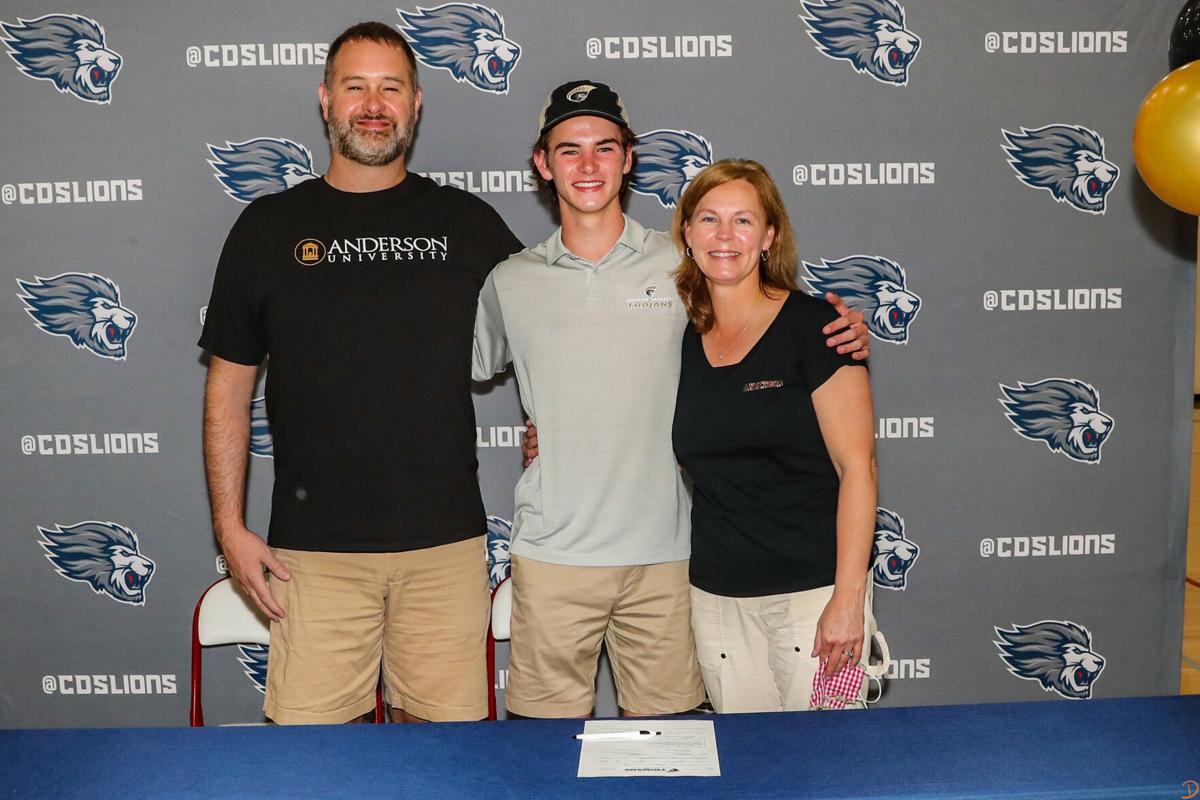 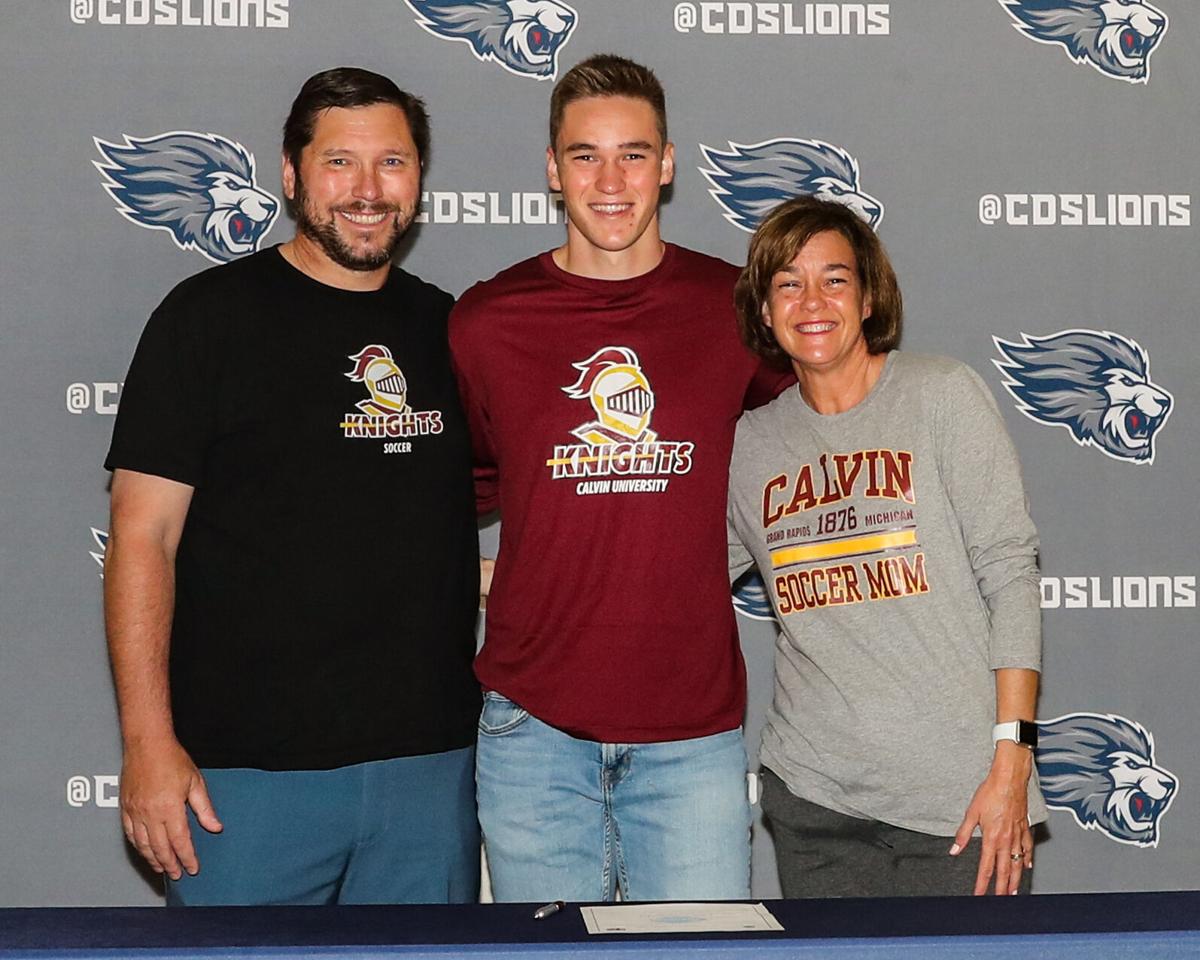 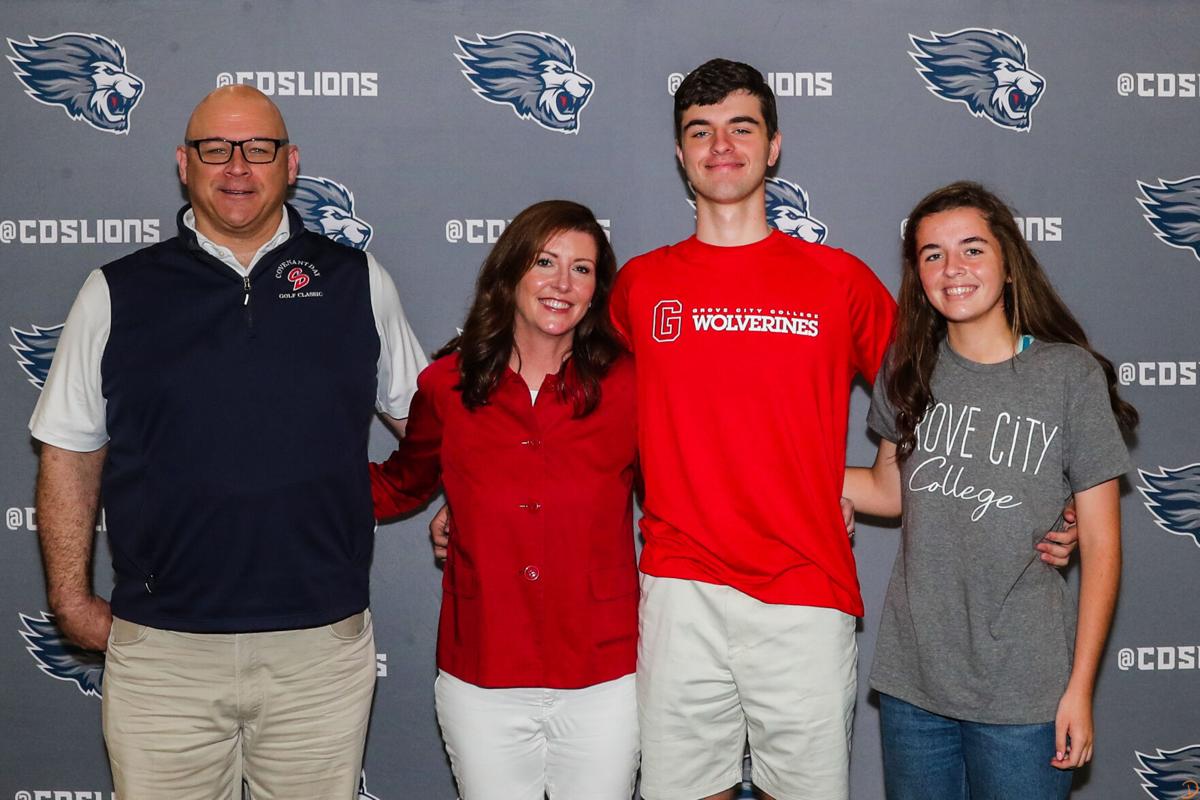 MATTHEWS – Covenant Day School held a signing event April 28 for 12 student-athletes who will continue their athletic careers at college.

Hallie is a multi-year veteran of the cheer program, having participated at the middle school, JV and varsity levels. Her leadership skills and high character earned her the Coach’s Award in 2017. Hallie received CISAA All-Conference honors in the 2018 fall season. She led the varsity team as co-captain during the 2019 football season.

HB has played cross country and track teams for four years. She was part of the girls cross country team that won the NCISAA 3A state title in 2017. She landed in the top 20 record times for CDS cross country. Competing primarily in the middle and long-distance events in track, HB consistently ranks near the top in both individual and relay events.

Sara has played field hockey at Covenant Day since middle school. She led the 2020 varsity team as the team chaplain and was a gritty, consistent defender. Sara was honored as a member of the National Field Hockey Coaches Association National Academic Squad for earning a GPA of 3.5 or higher through the first semester of the 2020-21 school year.

Luke has been involved with the soccer program since his sophomore year after playing his freshman year with an academy program. During his last three seasons with the varsity team, Luke tallied 23 goals and 13 assists despite losing time to injuries. He received CISAA 1st team All-Conference, NCISAA 1st team All-State and NCSCA 1st team All-Region honors.

Audrey has been an unsung hero for the field hockey program for the past four years. In 2020, she played every line and made a skillful impact wherever she was placed. Audrey received recognition in 2021 for her academic success as a member of the National Field Hockey Coaches Association National Academic Squad for attaining at least a 3.5 or higher GPA.

Kathryn has been the recipient of both the Coaches’ Award and the MVP Award for swimming. Kathryn is a school record-holder as part of 200 and 400 freestyle relay teams. In 2020-21, she set a new individual record in the 100-yard breaststroke at the CISAA Conference Championship and finished fifth in the backstroke event at the NCISAA State Championship.

Men’s Soccer, Sewanee, the University of the South

Ethan has been involved with the soccer program for four years. He has received CISAA All-Conference and NCSCA All-Region recognition over the years, even though his playing time was limited due to injury. Coaches describe him as a clinical finisher as well as a consistent all-around performer.

Bryson is a three-year member of the cross country and track teams. He is the school’s record-holder in the 5000 meters, 3200 meters and 4X800 relay team. Bryson earned CISAA All-Conference honors in 2018, 2019 and 2020 as well as NCISAA All-State honors for his junior year performance on the cross-country team.

Ian has competed with the cross-country and track programs throughout all four years of high school. He overcame several significant injuries during his sophomore and junior seasons. Not only does he hold a top 10 spot on the all-time 5K record board, but he is part of the 4X800 relay team that set a CDS record for the track team in 2019.

Mark jumped from middle school soccer to the varsity team in ninth grade and has been the starting goalkeeper for four years. He received CISAA All-Conference and NCSCA All-Region honors and was also recognized as the top goalkeeper in the conference. He has amassed 522 saves, 19 shutouts and a 1.55 goal in 66 total games.

John has been a contributing member of the varsity basketball team for three years and has also participated on the varsity track and varsity golf teams during his high school career. His 17-point performance against Charlotte Country Day helped propel the Lions to victory, providing one of the highlights of the 2020-21 basketball season.