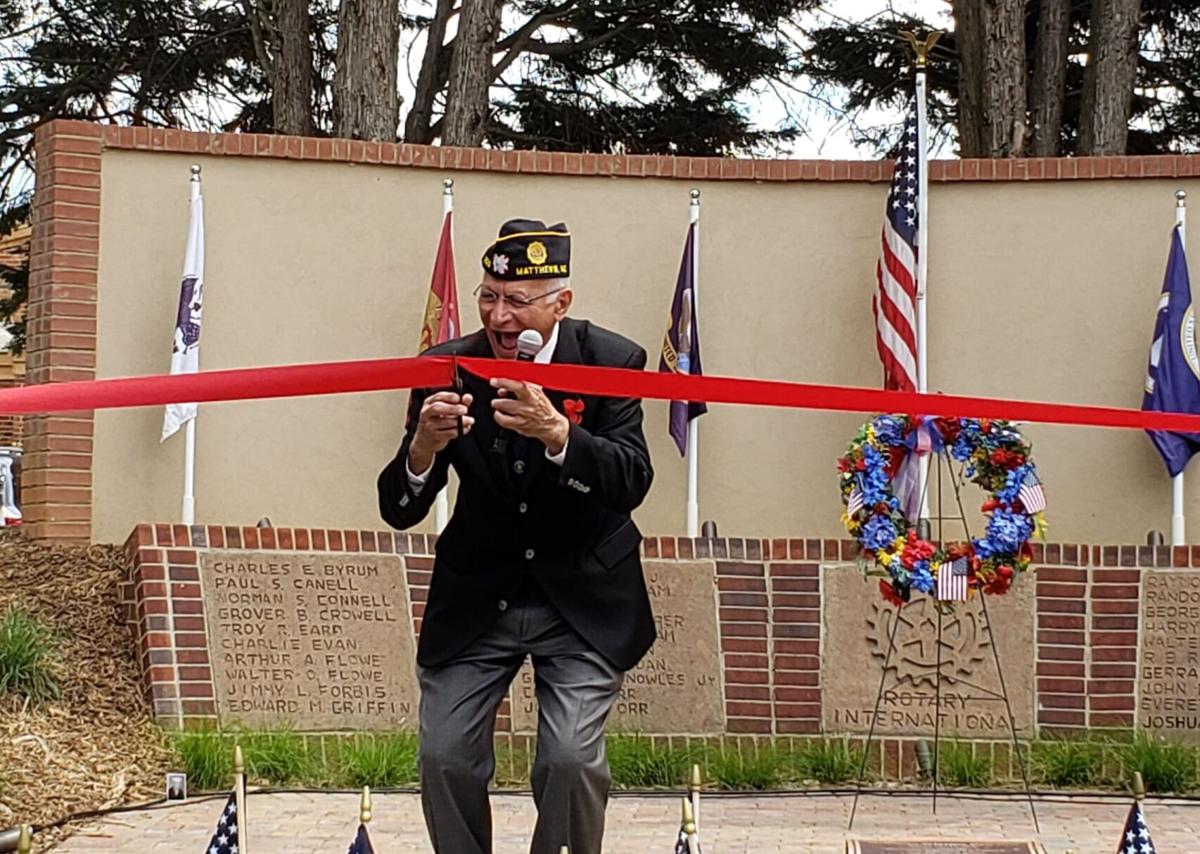 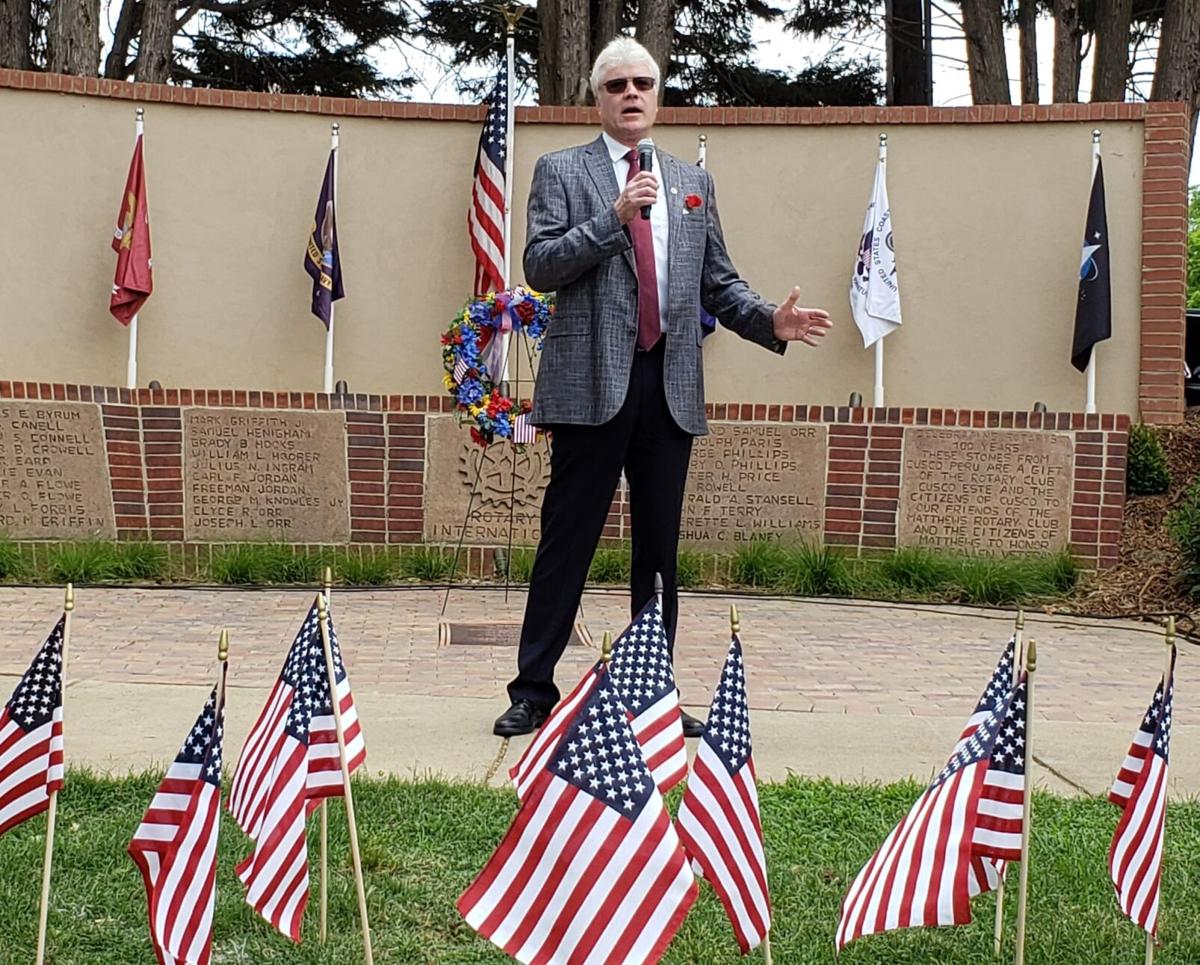 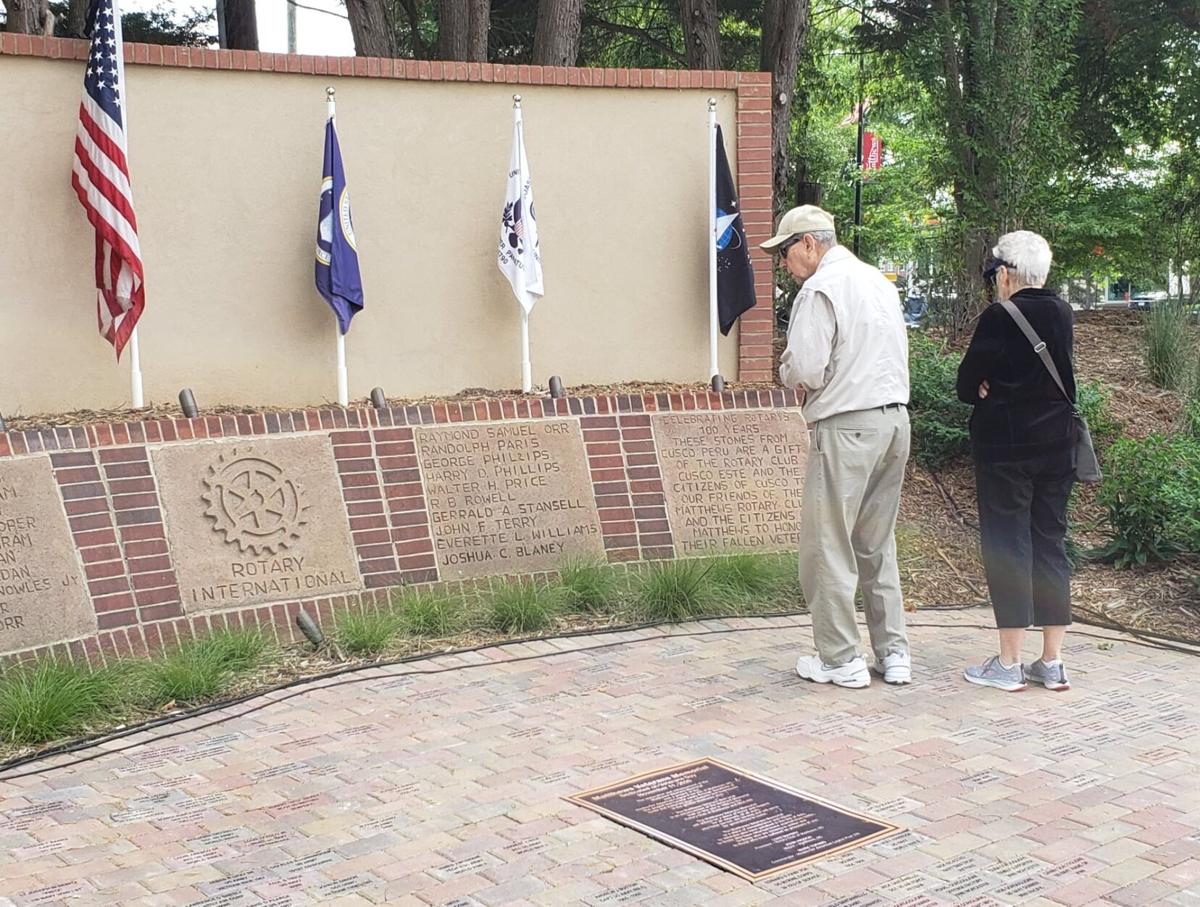 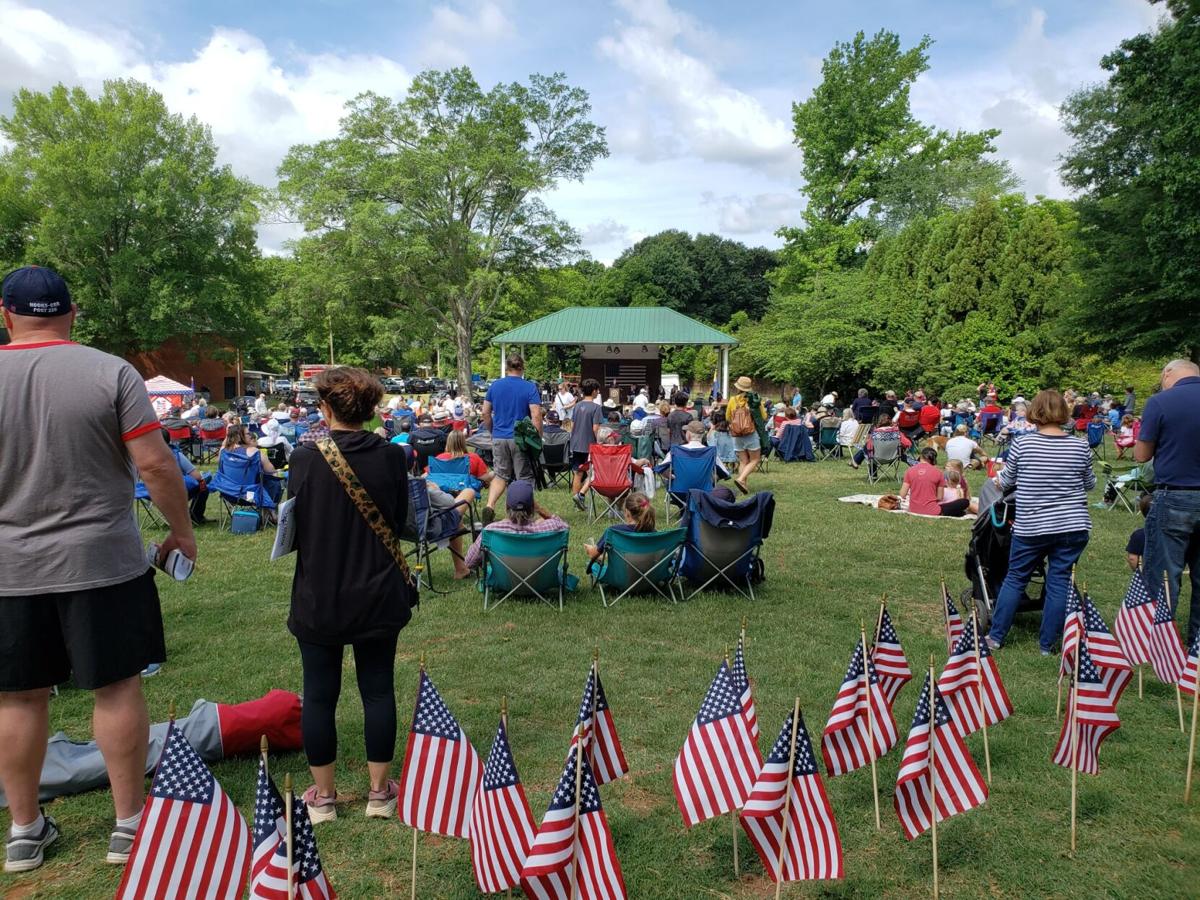 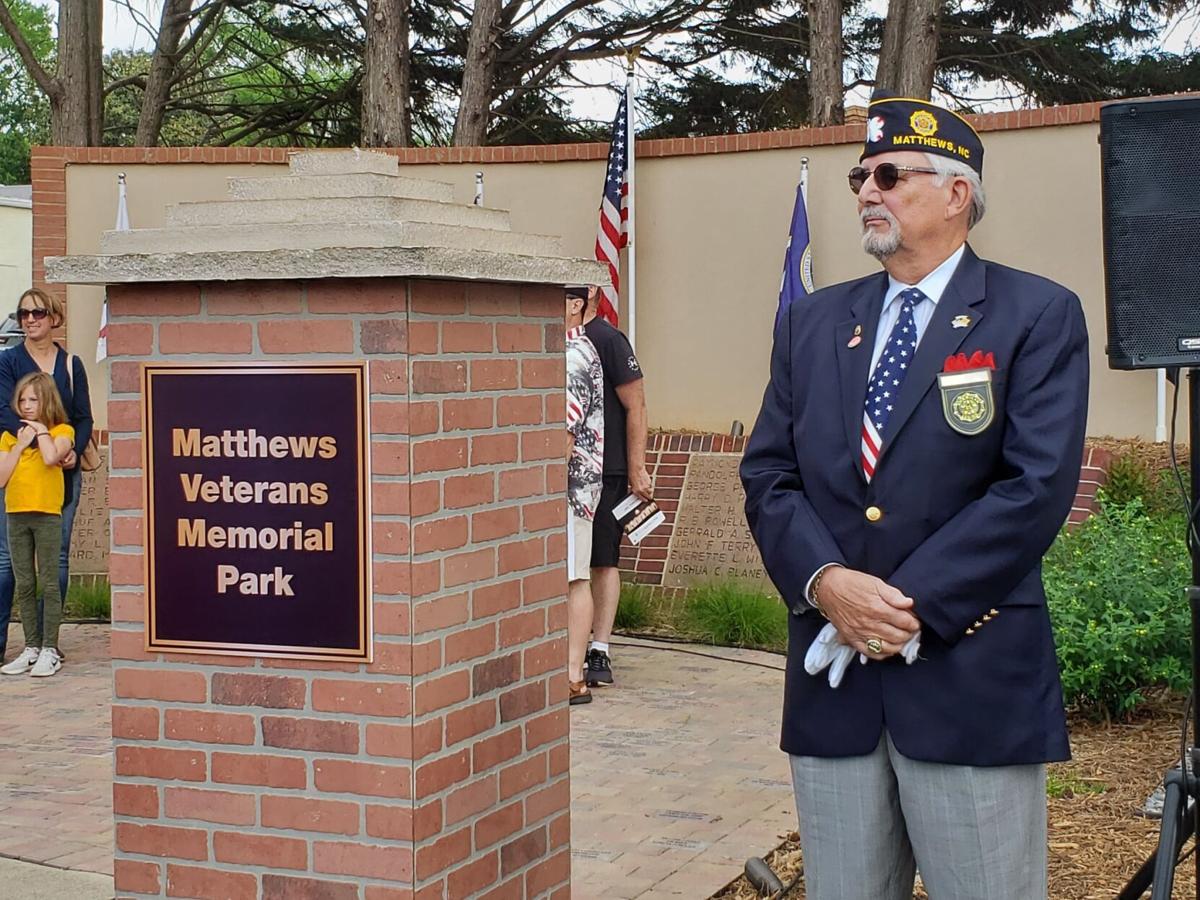 MATTHEWS – Memorial Day was even more meaningful this year for Hooks-Orr American Legion Post 235 as members welcomed the community to the new Matthews Veterans Memorial Park.

Legion Commander Mark Tofano said this was a step up from last year's ceremony, when a tattered flag and deteriorating conditions at Stumptown Park's veterans memorial struck a nerve.

Veterans led an effort to restore the memorial, collecting donations and putting in sweat equity to enhance it. The memorial includes monuments for each war and conflict, as well as military flags and engraved bricks of those who served.

Then there was the vote by the Matthews Board of Commissioners on March 22 to designate a piece of Stumptown Park as Matthews Veterans Memorial Park.

“This space now will be here forever for us to remember our veterans,” Mayor John Higdon said. “I'm happy to have been alive when this culmination of events happened. It's long overdue and this is for the veterans now and forever.”

Higdon noted how in his eight years as an elected official, he had never seen so many people at Stumptown Park honoring veterans for Memorial Day. He also acknowledged Tofano's leadership and the Legion's work in enhancing the park.

The Memorial Day ceremony included prayers by Chuck Wilson, of Matthews United Methodist Church; music by the Matthews Concert Band; explanations about the history and meaning of Memorial Day; and a ribbon-cutting to celebrate the opening of the park.

“This symbolic cutting of a ribbon is nothing more than just to let you know that this is now open to you,” Tofano said. “It is your space. It is a place you can come and reflect. It's just long overdue.”