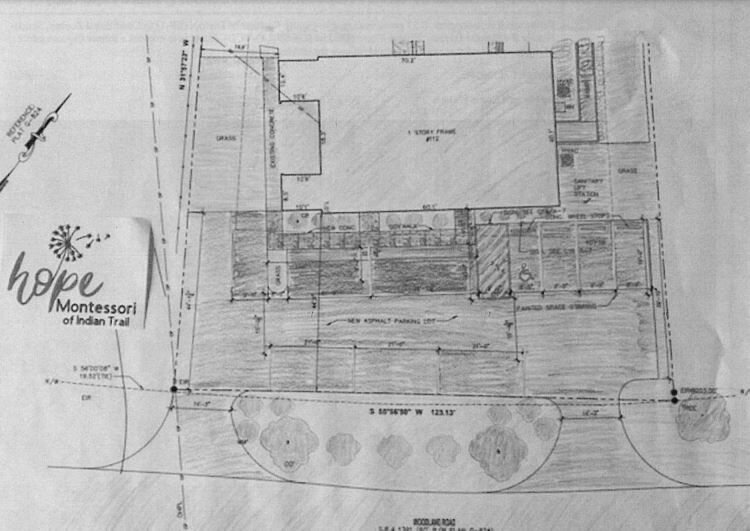 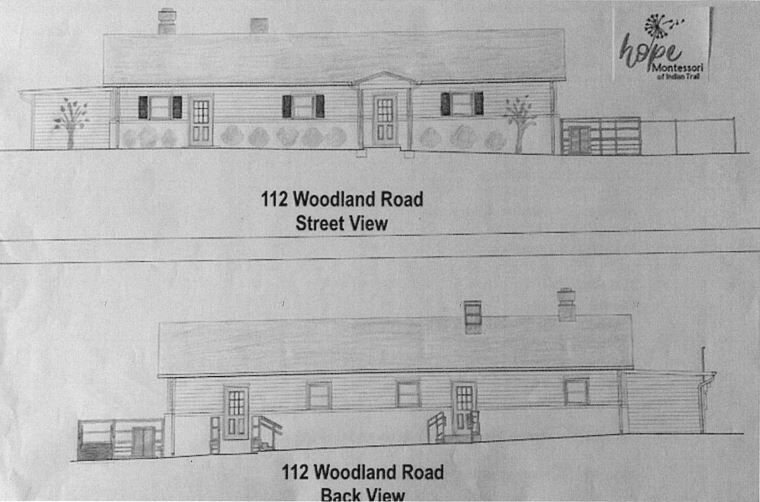 INDIAN TRAIL – Liane Watson convinced the Indian Trail Town Council to rezone a half acre at 112 Woodland Road so she can convert a former daycare into a preschool.

Her proposal for Hope Montessori School overcame concerns about traffic and the potential of cars spilling out into the residential street during morning drop-off and afternoon pickup.

Watson told the council June 8 that she hasn't had issues with this during her 25 years in Montessori education.

She described morning drop-off as a 30-second transaction. Staff will be on hand unbuckling children from their car seats. Parents will be instructed to say their goodbyes before they pull into the driveway.

Three cars can get into the driveway at a time, but morning drop-off will be held from around 7 to 9 a.m. Afternoon pick-ups will be easier since parking will be available as staff begins leaving work.

“Part of my plan is to have a policy with the parents explaining they cannot back up on Woodland,” Watson told the council. “They need to be in agreement with that before registering for this.”

She expects enrollment to be around 53 students with some of those being siblings.

The comprehensive plan designates the area for mixed uses, but Planning Director Brandi Deese said the land will be single-family residential after hearing concerns and wanting to keep it consistent with surrounding properties.

“This helps preserve the integrity of those residents that are further down Woodland,” Deese said.

It's now zoned with a village center overlay.

No one spoke out against the project during the June 8 public hearing. Councilman Todd Barber said that probably was because people are used to the location being a daycare.